Google announced  a new feature called “Gesture Search” for its Android platform. Recently Google made some changes to it mobile page by bringing search suggestions and voice search to its devices. Gesture search feature is available for the phones running on Android OS 2.0 and above. This will let you search the contacts, applications, browser and Music by simply drawing the first letter of the word (refer the imaginary pic below). 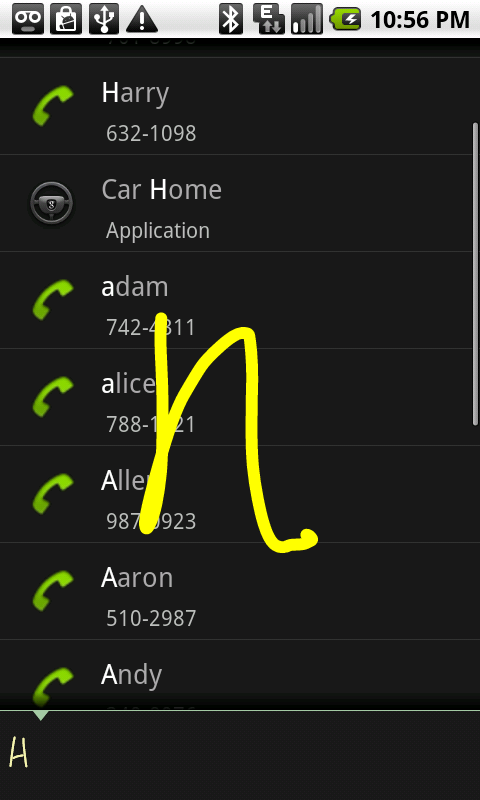 Erase a letter by striking it horizontally from left to right and remove the last letter or space in the query by right to left. This App learns from the history as you work on it and remembers the writing style . The normal search by text for the Android, Nokia and several other devices but Gesture Search will help to find the content easily on touch screen devices instead of typing.

This is not available in the Android market but can be downloaded from Google Labs free of cost. Since it is just a Lab feature there may be some bugs and the language support is for Roman alphabet characters only. For more information check Google Blog