As per speculations, HTC is all set to introduce Windows Phone 7 based handsets in the country by getting ready to launch HTC HD7, most likely before the end of this year. HTC was the first company to bring Android phones to India and will probably be the first one to bring Microsoft Windows 7 Operating system phones too.

Ironically, there’s no official release of HTC HD7 phone in India, but it is already been sold at India’s online mobile store – www.flipkart.com and is priced at around Rs.30,000. 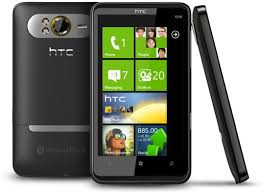 The phone will cost around Rs.30,000 and may soon become a success due to factors such as a large LCD touch screen and integration with several of Microsoft’s services such as Windows Live.

Do let us know what do you think about HTC HD7 phone? Are you ready to get your hands dirty with Windows 7 mobile OS?